The illustrations are drawn by Mr. Noizi Ito, who worked on the illustrations for the original novel.
The engraving of the ukiyo-e was done by Ms. Saeko Nagai, a
traditional craftsman who received an award from the government for her achievements. Mr. Masato is working on it, and all of the ukiyo-e production processes are done by hand, and traditional techniques are scattered everywhere.
Please enjoy “Shakugan no Shana”, which celebrated its 20th
anniversary, and the ukiyo-e woodblock print “Ukiyo-e Woodblock Print Shakugan no Bijinzu Shana” full of the charm of its heroine Shana. [Image 2 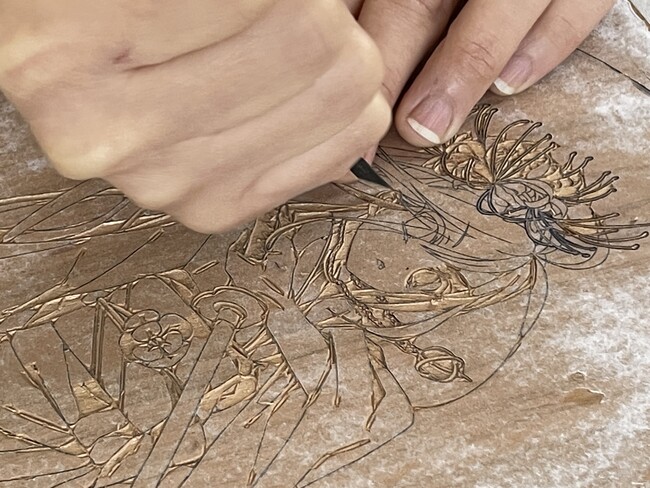 From “Shakugan no Shana”, which celebrated its 20th anniversary since the publication of the original Dengeki Kou, the heroine Shana has been turned into a three-dimensional figure wearing a manjushage kimono!
A dignified figure is currently being planned with an illustration drawn by Noidi Ito as a motif! “We’re working hard on this, so don’t miss the follow-up report!”